One year after the devastating explosion in Beirut, experts gathered for the workshop “Built Heritage in Crisis” where they discussed their experiences on site and the challenges they were confronted with in the crisis situation. The experts were invited to the workshop by the German Archaeological Institute and the KulturGutRetter project.

Over a year ago now, on 4 August 2020, a massive explosion shook the Lebanese capital Beirut. Deaths, injuries and devastation in several districts near the port were the result. An estimated 300,000 people were affected by the disaster and lost their homes. The oldest buildings that were damaged in the blast in the port area date from the 19th century and are more than merely housing. The historical buildings constitute an important part of the inhabitants’ identity.

Experts report at the KulturGutRetter workshop Built Heritage in Crisis

The First Director of the Orient Department of the German Archaeological Institute (DAI), Dr. Margarete van Ess, and the KulturGutRetter project invited experts to report on their experiences in Beirut at a workshop held in August 2021. During the workshop, entitled “Built Heritage in Crisis | Contributions to the rescue, protection and recovery of built heritage in post-blast Beirut”, architects specialized in restoration – Nathalie Chahine al Chabab (BBHR2020), Paula Abou Harb (BBHR2020), Marc Yared (BBHR2020) and Roland Haddad (BBHR2020) – as well as Dipl.-Ing. Axel Seemann (Axel Seemann – Planung in der Denkmalpflege) and Dipl.-Ing. Henning Burwitz (DAI) presented the work that has been done to date and talked about their experiences. The workshop was hosted by Dr. Margarete van Ess (DAI) and Dr.-Ing. Ulrike Siegel (DAI).

Shortly after the explosion in Beirut

Shortly after the blast, residents of the city organized an independent initiative and began rescue operations as well debris clearance work. An emergency team was formed, consisting of 40 restorers and 200 architects and students: Beirut Built Heritage Rescue 2020 (BBHR2020). The experts established contact with Lebanon’s Directorate General of Antiquities (DGA). Assistance was also promptly offered by NGOs and institutions, among them the German Archaeological Institute.

A particular challenge for all concerned was coordination and communication between the BBHR2020 specialists, state agencies, local volunteers as well as NGOs and institutions at home and abroad. Within one day of the explosion, the experts were already in communication with each other via a pre-existing Messenger group, an online platform and social media. In an initially confused situation, the experts – in countless unremunerated hours of work – managed to document the city’s damaged cultural heritage in line with international standards.

First measures after the explosion in Beirut – damage assessment

Together the volunteers set about mapping the damage and inspecting the buildings. First of all the built heritage had to be visited and inspected. This was followed by an on-foot investigation of the disaster area, which was divided into four zones according to the scale of damage. The zones were then subdivided and assigned to architects who – working in an honorary capacity – carried out a prioritization. The buildings were then divided into four damage categories. Within eight days of the blast, 99% of the historic buildings had been identified and mapped. Forms drawn up ad hoc for the static documentation, planning and methodological guidelines were already in use at this time. To cope with the large amounts of data: photos, videos, forms and drawings, guidelines were laid down.

As few structural engineers with experience in historical construction were available at the location, the German Archaeological Institute dispatched the structural engineer Axel Seemann and the building archaeologist Henning Burwitz to Beirut to assist their Lebanese colleagues from the DGA and BBHR2020 in damage assessment. Before the blast the Orient Department of the German Archaeological Institute had already initiated projects on the protection and preservation of cultural heritage in Lebanon. The engineers advised the Lebanese colleagues in drawing up a documentation strategy that made it easier to determine which measures were to be applied in the emergency stabilization of historic buildings. During the workshop Axel Seemann reported how initial stabilization of damaged buildings could be successfully carried out using fast and simple methods. A precondition for this, he said, was the presence of engineers and architects who possess basic experience in dealing with historic buildings. It is especially important, furthermore, to standardize emergency measures and provide training programmes.

Restoration of built heritage in Beirut

Before the onset of winter, the volunteers shored up windows and doors, put up scaffolding and organized the urgently needed winter protection for the damaged buildings. Another important part of the work was coordinating construction firms and dealing with administrative matters, such as applications and regulatory procedures. In the course of the work, guidelines were compiled in several areas with the support of the DAI, UNESCO Lebanon, ICOMOS Lebanon and ICCROM. They set out what action should be taken in the case of limited damage and ceiling paintings. The assembled data on the built heritage were documented in a GIS system. The situation was complicated by the shortage of specialized craftspeople capable of restoring artistically worked arched windows and the traditional roof constructions as well as by the lack of funding.

Successes and prospects after the crisis

Despite all the difficulties, the volunteers managed to survey 1,600 buildings and to produce documentation and 3D models for 215 buildings. Thus, in the space of a year, almost all historic buildings have been stabilized. The less damaged ones have in most cases been made habitable again and about 10% of the severely damaged houses have even been restored. As Dipl.-Ing. Nathalie Chahine al Chabab (BBHR2020) reported, one of the badly damaged buildings is being used to provide further training for craftspeople in the fields of historical masonry, historical joinery and cabinet making. This is a collaboration between the BBHR2020 initiative, the German Archaeological Institute and Lebanon’s Directorate General of Antiquities (DGA). The architects Paula Abou Harb and Marc Yared (BBHR2020) demonstrated the progress made with protected built heritage by referring to Sursock Palace and other buildings.

The presentations and discussions at the workshop were a clear illustration of the huge achievement of the individuals offering help, who responded highly professionally in what were exceptionally difficult circumstances and set new standards for the protection and preservation of built heritage in a crisis situation, acting in most cases without remuneration. For the KulturGutRetter project coordinator, Christoph Rogalla von Bieberstein, who accompanied the German Federal Agency for Technical Relief (THW) to Beirut just one day after the explosion, the experts’ experience represents an important foundation for the development of the project KulturGutRetter – An Emergency Mechanism for Cultural Heritage in Crisis Situations, which is currently being developed at the German Archaeological Institute in collaboration with the THW agency and the Leibniz-Zentrum für Archäologie (LEIZA).

Title image: After the explosion of Beirut | Foto: Marc Yared. 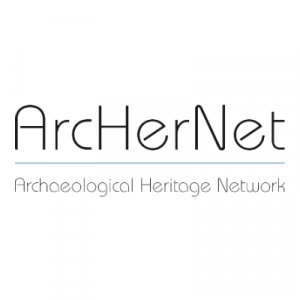 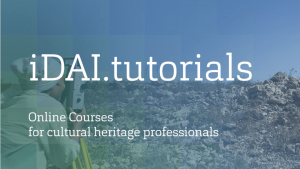